A Hong Kong real estate tycoon opened the first phase of a billion-dollar redevelopment project with a new skyscraper that will test whether his formula for artsy office space can transform an old waterfront into a thriving business hub.

“I don’t want to use the word ‘office’ even, it’s an atelier space,” said Mr. Cheng, referring to the French name for an artist’s workshop. He is the grandson of New World’s late founder, Cheng Yu-tung.

The skyscraper, called K11 Atelier, anchors the Cheng family’s $2.6 billion Victoria Dockside project. The waterfront area is a popular shopping and tourist destination, and the project is expected to revitalize the area.

While other gigantic waterfront projects such as Canary Wharf in London took years to take off, Mr. Cheng said his blending of office space with upscale art and design will be a hit with big-name companies trying to lure younger workers.

“The new generation of talent and workers, they want to have a space where they can be an artist,” Mr. Cheng said. “Companies want to stimulate and motivate workers to express themselves.” New World also is set to gain from a cultural shift under way in Hong Kong. As more mainland Chinese firms pile into Hong Kong’s traditional centers of banking and finance, pushing up prime office rents, more multinational companies based in those hubs are moving out.

Mainland Chinese firms now comprise about 17% of Grade A office stock in Hong Kong’s Central District, compared with 13% four years ago, said Marcos Chan, head of research at CBRE Hong Kong. In the latest example, earlier this month, billionaire Li Ka-shing closed on a $5 billion deal to sell his stake in a Central District skyscraper to a Chinese state-owned firm.

At least two large foreign banks—Japan’s Mizuho Bank and Taiwan’s Fubon Commercial Bank— last month moved into the K11 Atelier tower. In all, a little more than a quarter of the commercial real estate space in the 66-story building is offices, and the rest will be used for a planned Rosewood hotel and residences, a luxury chain the Chengs also own. Roughly 70% of the office space is now leased.

One of the early concerns about London’s Canary Wharf was that it came alive during the 9-to-5 workday but fell dead at night, said Forth Bagley, a principal at the New York-based Kohn Pedersen Fox Associates firm, which designed K11 Atelier.

New World hopes its space will be more active, by making it easy for people to walk from the street curb to the waterfront Avenue of the Stars promenade, a walkway famous for showing the handprints of Chinese and Hong Kong movie stars and for panoramic views of the Hong Kong skyline.

The vision for a lively district was “one of the reasons Victoria Dockside was so appealing so quickly” to banks, said Mr. Bagley. He compared it to the Hudson Yards development in New York, which his firm also designed. “It’s too big to fail,” he said. “There’s too much urban activity in one place for it not to work.”

Mizuho combined its three locations in Hong Kong to one office at K11 Atelier as its staff had recently increased to more than 800 people. The bank’s Hong Kong office now spans six floors, its largest regional headquarters in Asia outside of Japan.

The office’s clean, modern design, high ceilings, nooks for employees to bump into each other naturally and 270-degree views create the kind of environment that will help improve productivity, said Fukagata Tomohiro, general manager of the East Asia administration department at Mizuho Bank.

“We need to differentiate ourselves with innovation and creativity, to speed up the decisionmaking,” Mr. Fukagata said.

Mr. Cheng’s office concept seems to be catching on in a burgeoning finance and business district nearby known as Kowloon East. Two years ago, Citibank and Manulife bought buildings there. J.P. Morgan Chase & Co. pre-leased office space in a new building expected to be finished in 2019.

“There’s great interest in the developers in Kowloon East looking at Victoria Dockside as a model,” Mr. Bagley said. 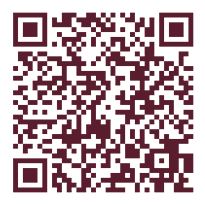